Needle felting is a new craft I have started to explore in my free time when I am not working as a maid or keeping my little boy entertained and occupied. It is a very simple hobby that doesn’t demand too much of my time, and the end product is quite adorable. What’s more – you can also purchase the supplies readily from Daiso. I have seen a guy friend showing off his felted pikachu on facebook and he told me he picked up needle felting on You Tube. So, I decided it’s time to do one of my own.

I chose a baby chick design because this is a Rooster year; and also for other sentimental reasons. I was trying to get hold of one of the Mediacorp “Guji Guji” mascot during Chinese New year, but only to find out that it was already sold out island wide. Bad luck, right? 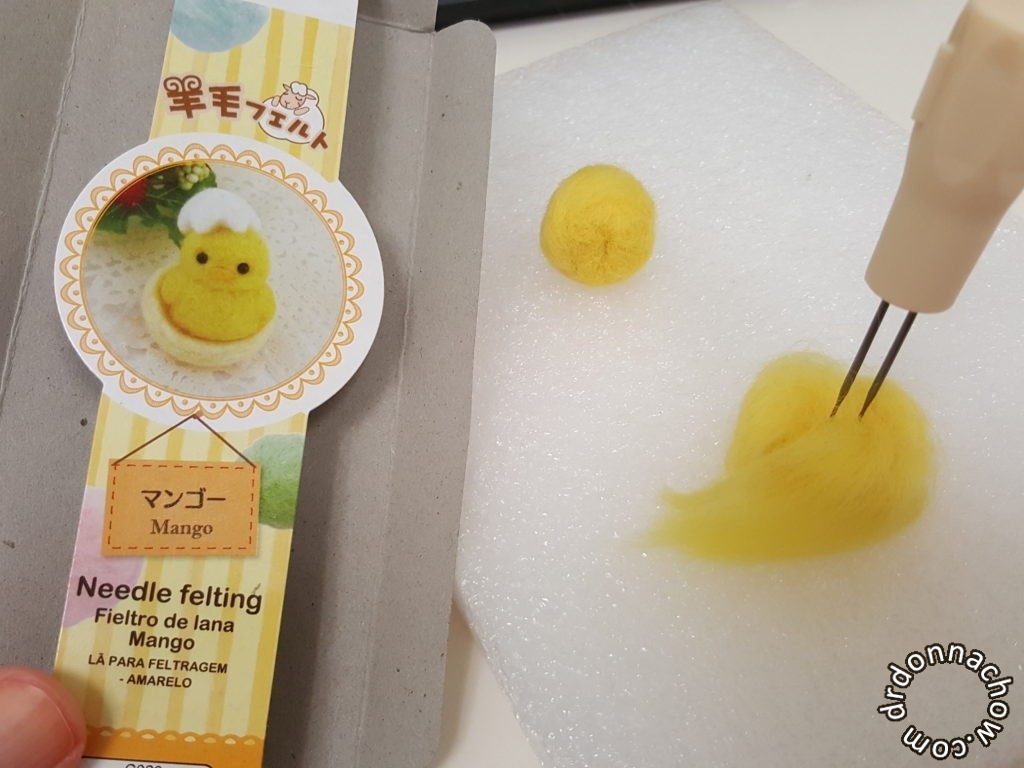 The DIY needle felting kit from Daiso did not come with any instructions!

I bought a DIY needle felting kit from Daiso. It comes with a photo of the baby chick (See left of the photo above). But after I opened the packaging, there were no instructions! It was just a packet of 4 coloured wool for felting. 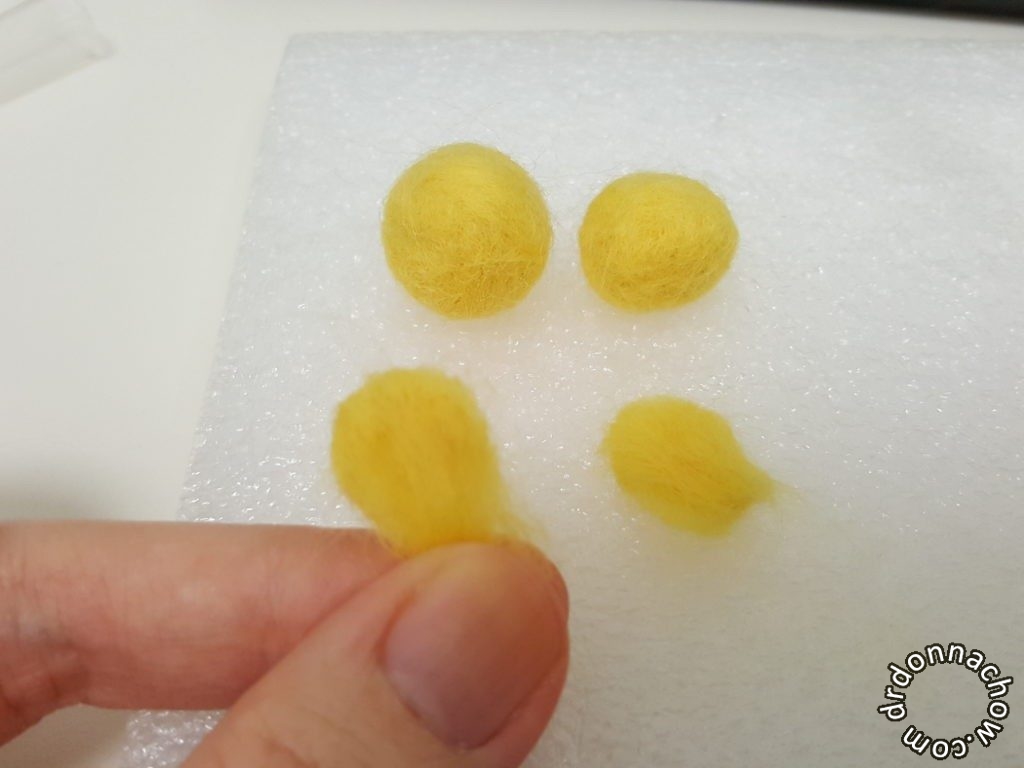 The head, body and two wings

I thought I was supposed to wet the wool and roll it into a ball. Thankfully, after searching through You Tube videos, I realise the felting needle (bought separately at Daiso) is supposed to do the job of agitating the wool fibres with its spikes and make them stick together like a ball. The white coloured foam (bought separately at Daiso as well) to protect your table surface during the felting process. 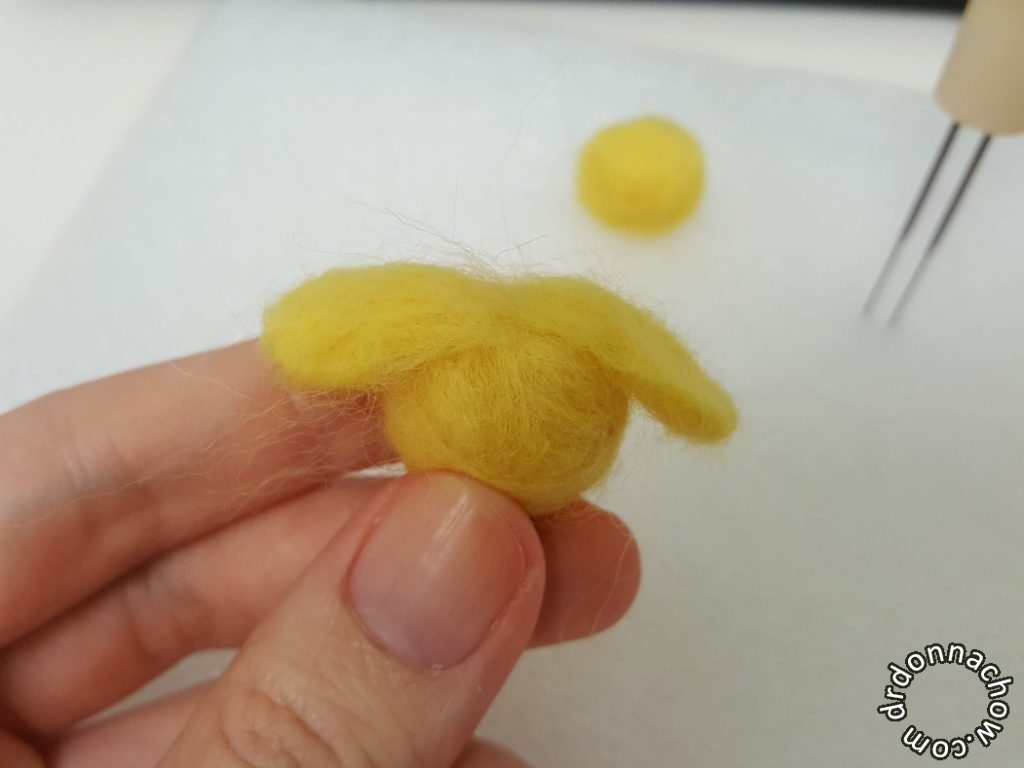 The two wings felted in place

The wool fibres miraculously stuck together as you jab the piece repeatedly with the felting needle. It is a jolly good way to release your stress as you punch the needles in and out. Just be careful not to punch them into your fingers – it hurts! 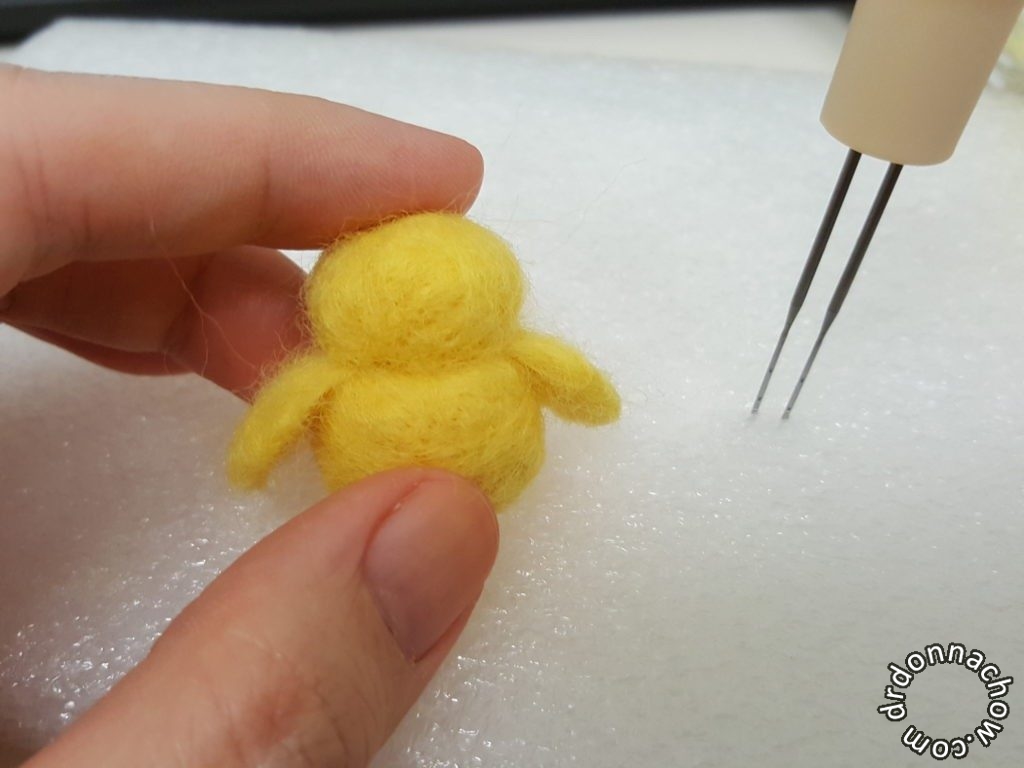 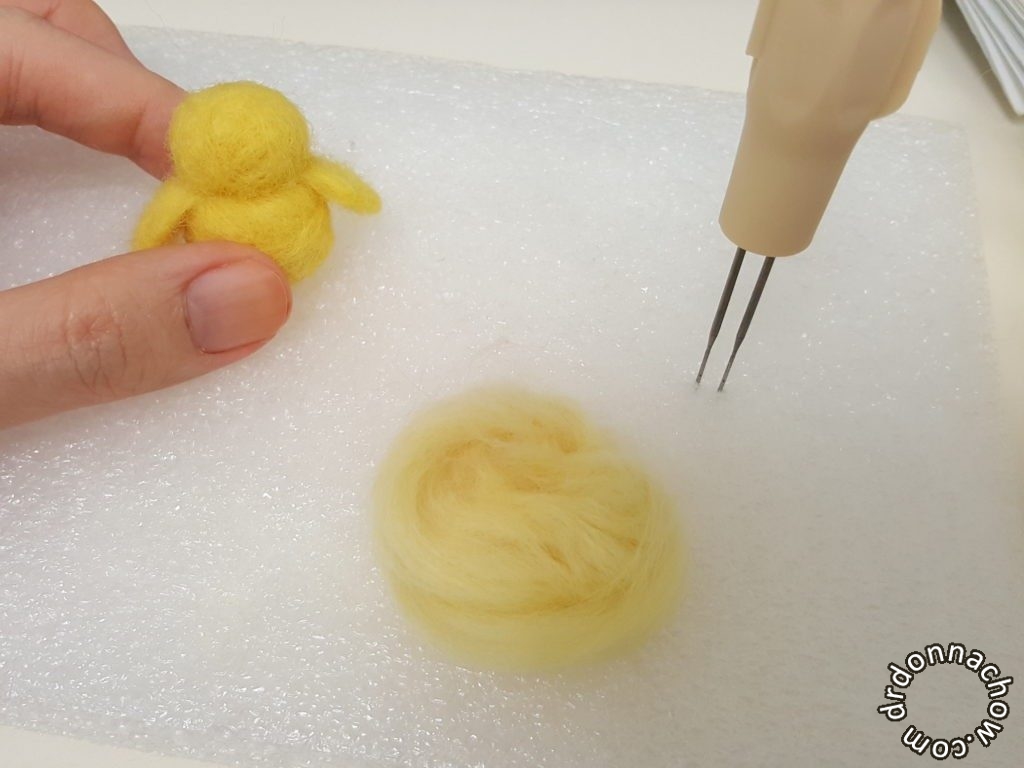 That’s the coil of light yellow wool before the needle felting begins. 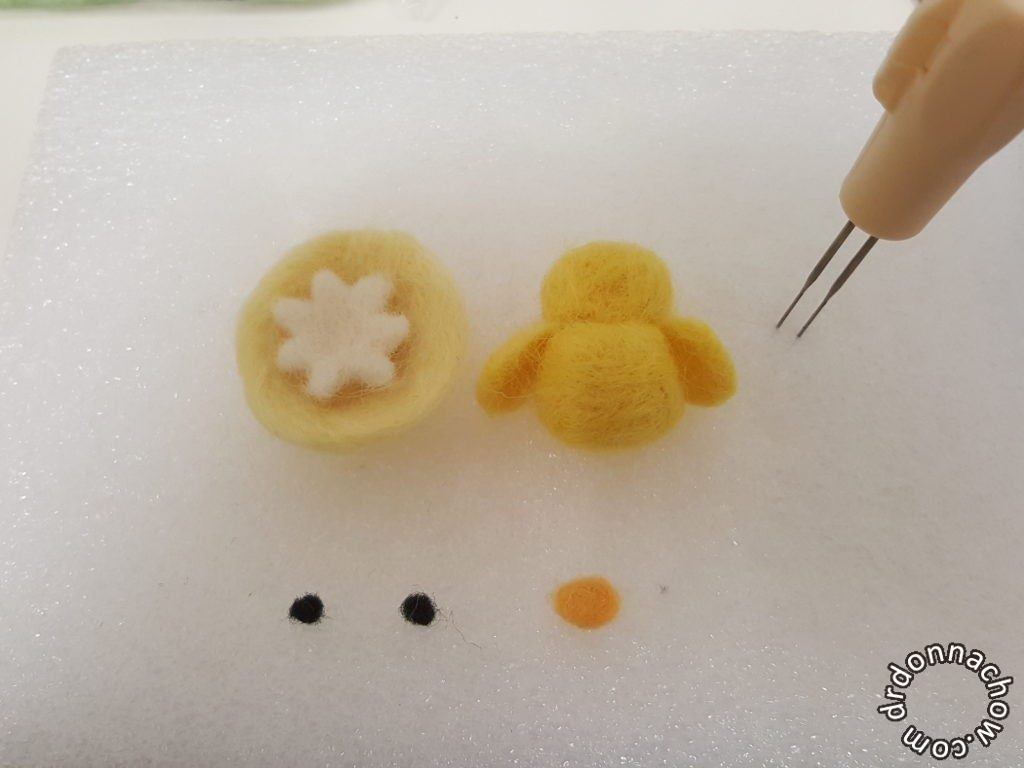 All the parts before final assembly

The white coloured egg shell was done in a similar way to the nest; and I used a pair of sharp scissors to trim a zig zag pattern around the circle.

The little chick sitting on his nest 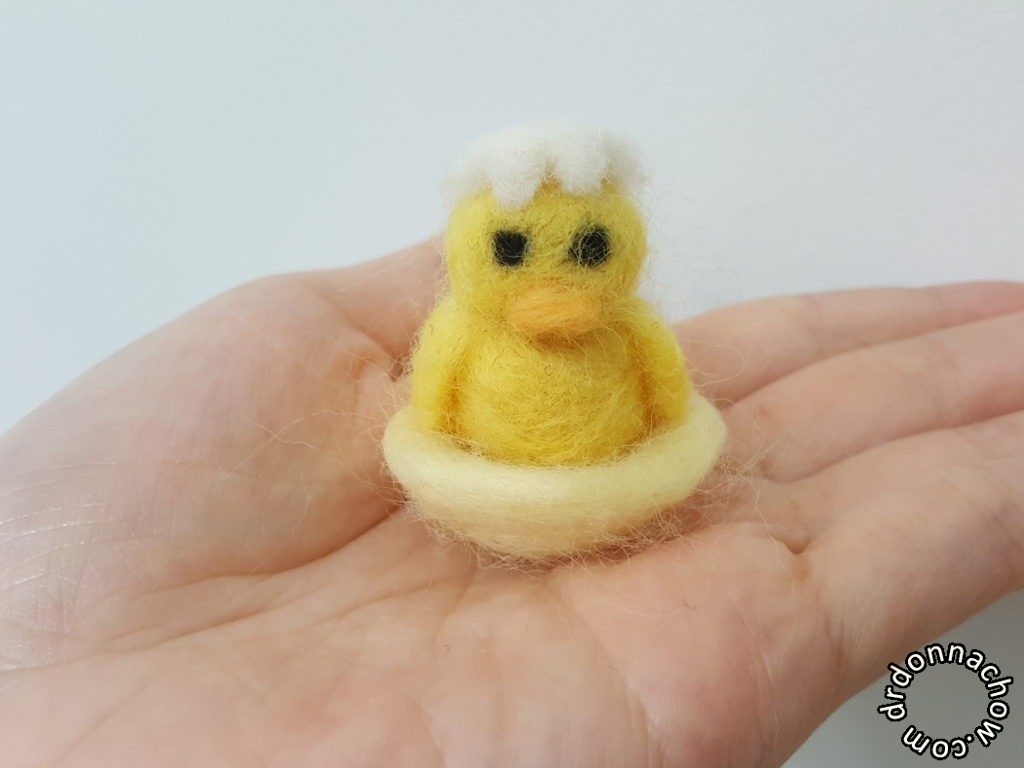 It took me two afternoons to complete this project – I spent about an hour each afternoon. To me, it is a good attempt and looks at least 80% of the original creation in the first photo. As usual, my boy oohhed and wahhed at this little “chicken” he so fondly called and couldn’t wait to snatch it off my hands to tear it apart. He has a habit of destroying things…

On a side note, this would make an ideal hand-made gift for Easter day.

Sometimes, the littlest things take up the most room in your heart. – Winnie the Pooh.