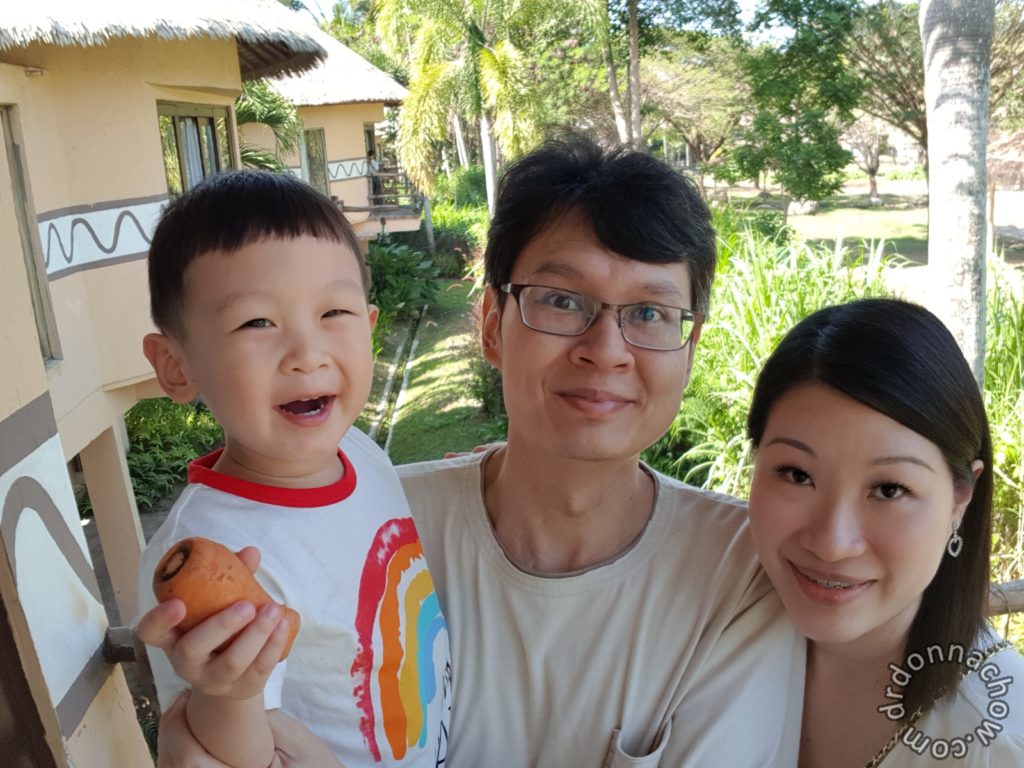 Before having kids, I have never thought about searching for farm stay or visiting the zoo. Life has become less of a "me-only-complex" since the arrival of children. Nowadays, our holiday destinations are more geared towards family friendly resorts and places which are able to accommodate children and their needs. And we found out about this hidden gem in Bali, Indonesia - Mara River Safari Lodge where we will be staying in close proximity with the Safari animals. The elder boy was all hyped up about the trip when we told him he would be seeing elephants, zebras and lions. The flight END_OF_DOCUMENT_TOKEN_TO_BE_REPLACED 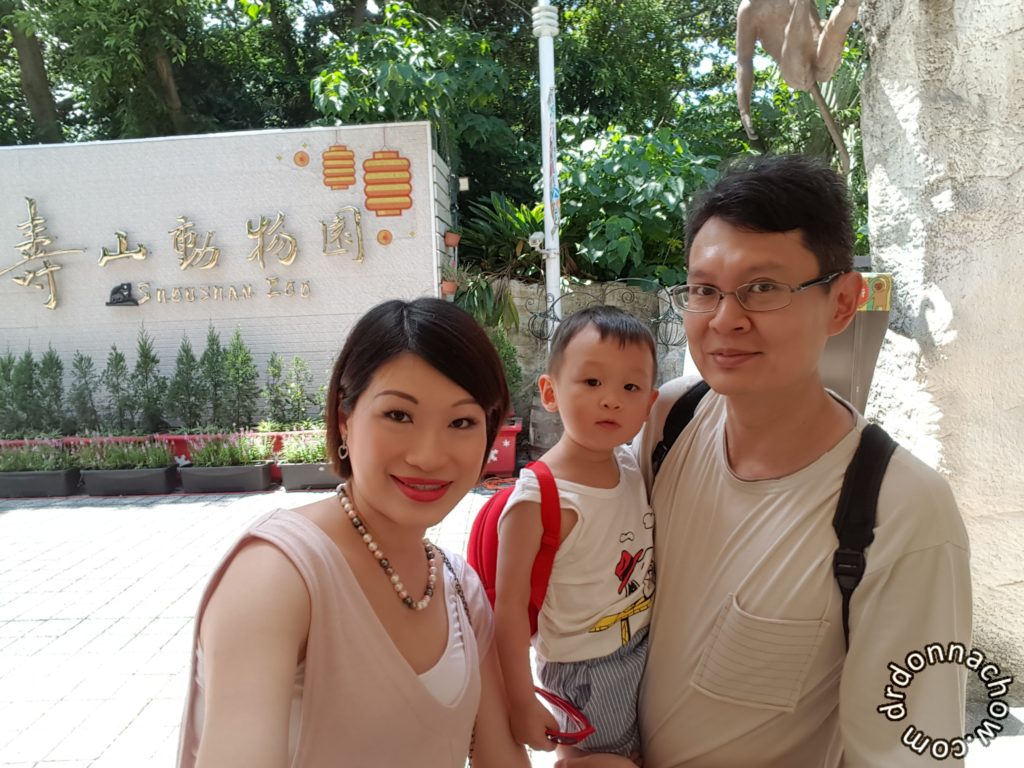 Recently, we brought our baby, now an active toddler, to Taiwan in early September. The trip was a last minute decision to fill in an excursion for his school holiday, and also an outing with him alone before baby arrives next year. Before the trip, I had several bouts of complications from my current pregnancy and almost had to cancel the air tickets. Luckily in the end, we did make the trip and it proved to be the most memorable one for us! Since our boy is officially 2 and a half years old, it is time to get a seat for him on our flight to Taipei. He was exceptionally cheerful and END_OF_DOCUMENT_TOKEN_TO_BE_REPLACED 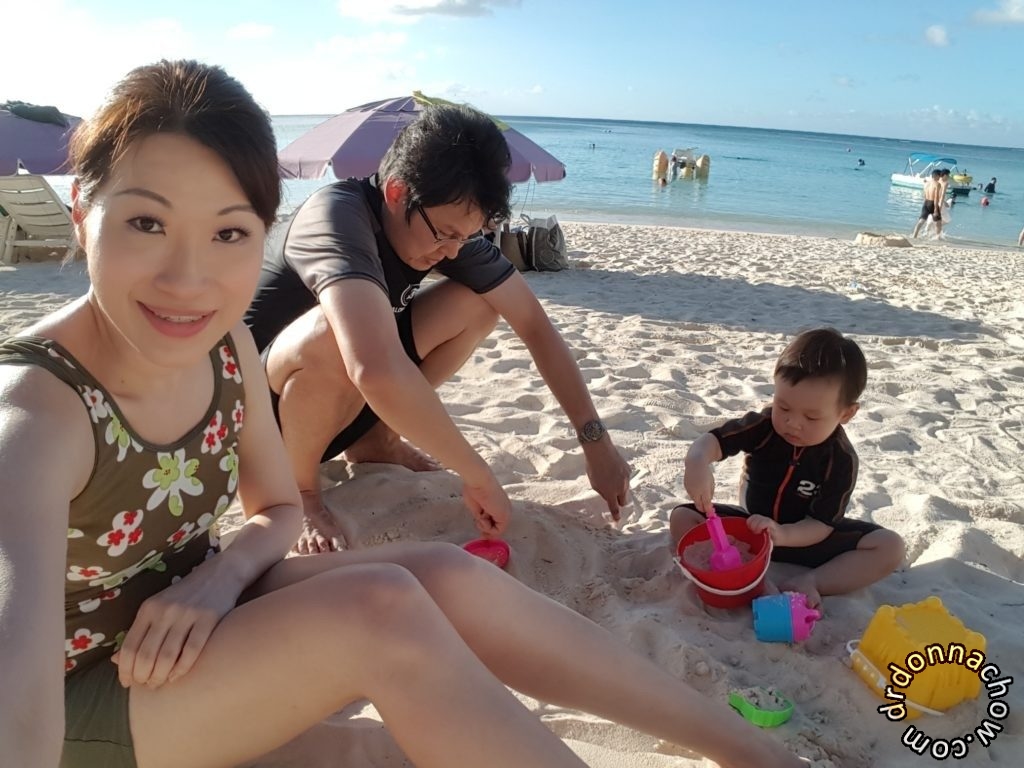 In my earlier post - Bringing baby to Tokyo, I mentioned that I was transiting in Tokyo and on my way to Guam. It took us 6.5 hours to fly to Tokyo, and another 3 hours to fly to Guam. I got to learn about this beautiful U.S. territory in the western Pacific Ocean after first watching it on a Taiwanese Travel documentary show. It was a popular destination for many Japanese, Koreans and Taiwanese, but unexplored by most Singaporeans. Those hard core Korean drama addicts may have heard of this dreamy island because it is commonly featured as a favourite place for couples to get hitched. In END_OF_DOCUMENT_TOKEN_TO_BE_REPLACED 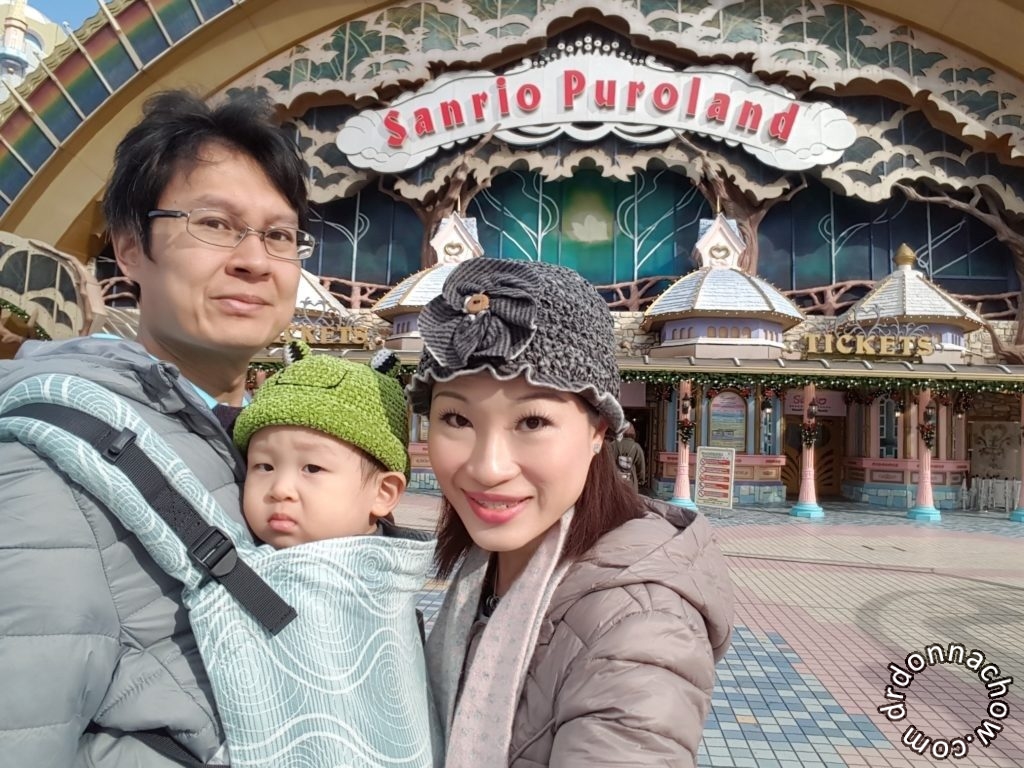 We were looking forward to our year end holiday to Tokyo + Guam last December. Tokyo has always been a popular travel destination for Singaporeans largely because of its developed infrastructure, friendly people and high standards on food, safety and hygiene. We have planned to visit Sanrio Puroland and Tokyo Disneyland during our three day transit to Guam. No shopping for us - just hours of family fun. We took Air Nippon Airways (ANA) to fly to Tokyo - approximately 6.5 hours from Singapore, and another 3 hours to fly United Airlines from Tokyo to Guam. The inflatable toy aeroplane END_OF_DOCUMENT_TOKEN_TO_BE_REPLACED 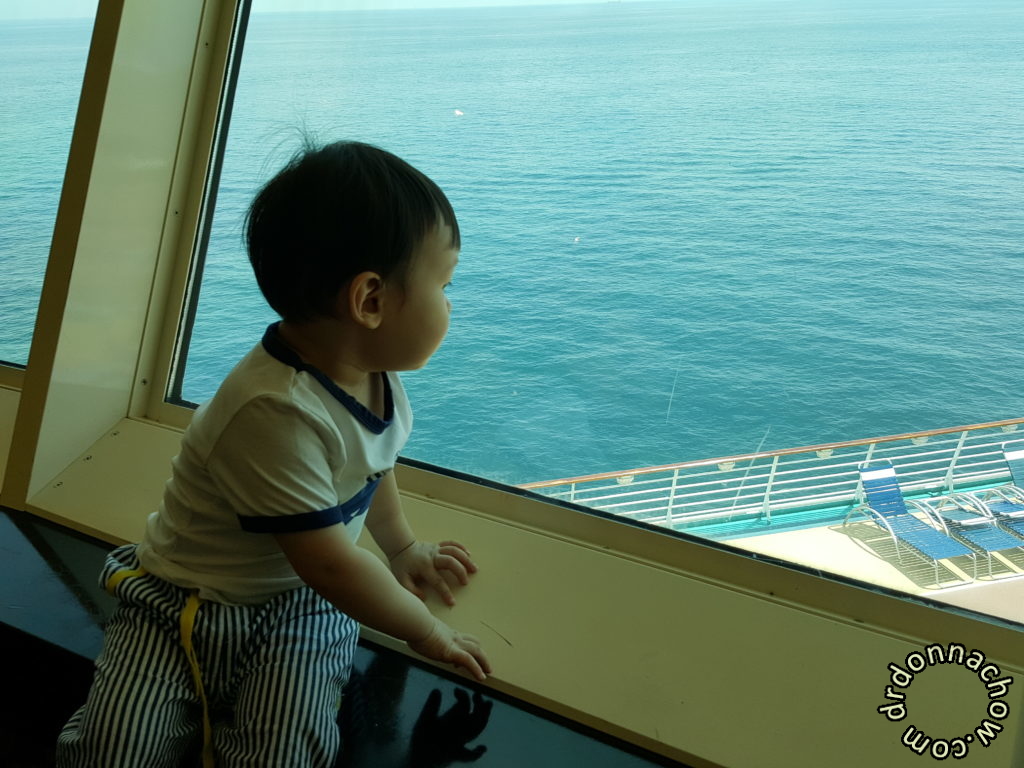 Recently, we bought cruise tickets for Royal Carribean - Mariner of the Seas and sailed in mid October. This is baby's first cruise, and our first cruise with Royal Carribean as well. In the past, we have sailed with Superstar cruises, which has been around for many years. After hearing positive reviews on Royal Carribean, we decided to give it a try. Babies and toddlers are not given discounts on the Royal Carribean Cruises. They are usually counted as a third passenger in the same cabin. We booked the cruise tickets at a recent promotion for 1.7K (5D 4N, 2 adults, 1 baby) for a deluxe END_OF_DOCUMENT_TOKEN_TO_BE_REPLACED 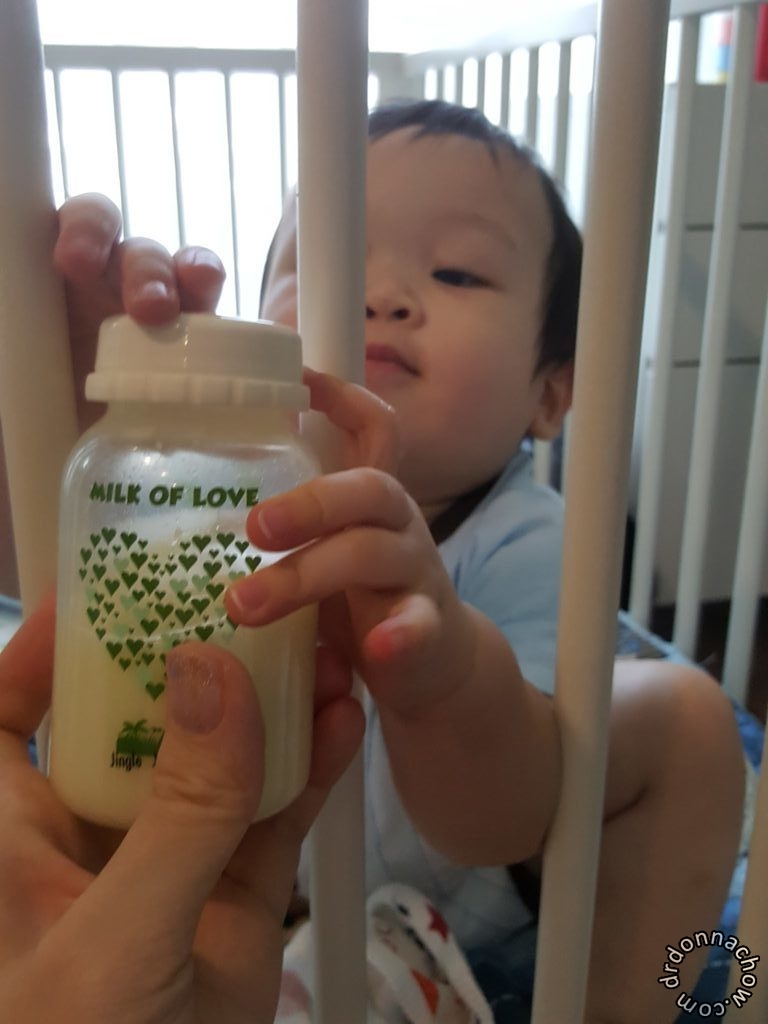 Recently I returned from a work trip to Bangkok. Initially, I was quite reluctant to travel alone because I was still pumping breast milk religiously three times a day. I was afraid of leaving my comfort zone and having to deal with a strange environment. Though it was a short 3 day training workshop cum conference, I was worried whether I have the time to continue expressing my breast milk at the hotel and bringing my breast milk home. Different immigration customs and airlines have different policies on carrying liquids on flight. I assume breast milk is no exception. It would be a END_OF_DOCUMENT_TOKEN_TO_BE_REPLACED 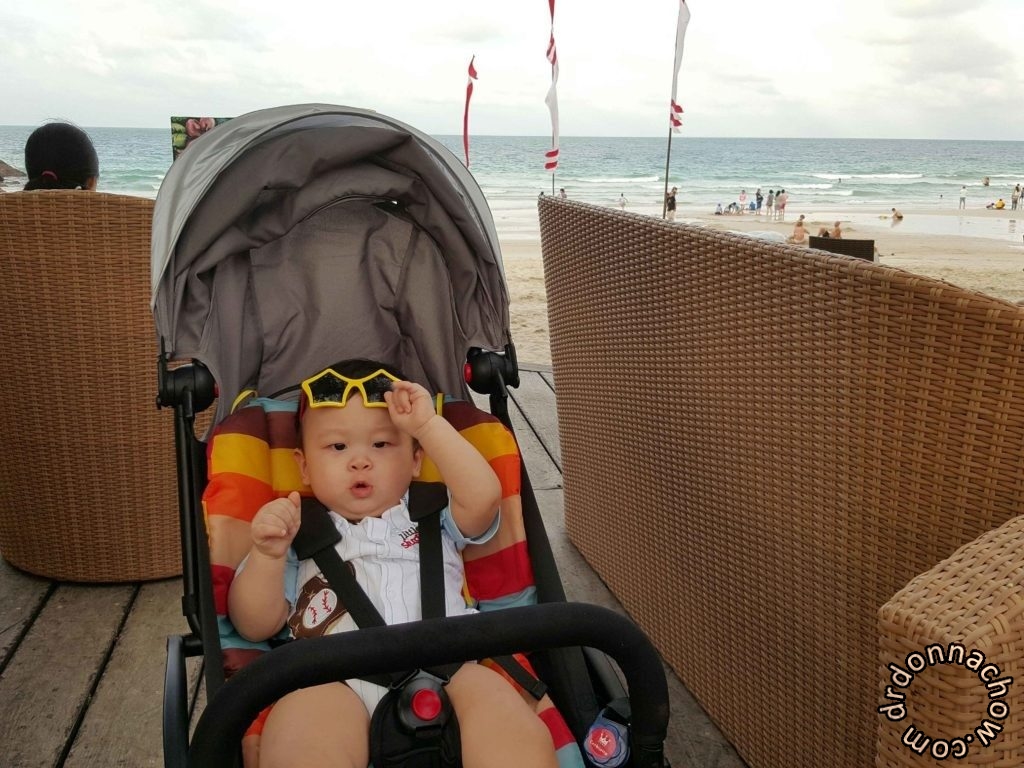 In my earlier post on Bringing Baby to Perth, I mentioned about baby's first trip to Club Med Bintan. We travelled there for a short holiday in February for Valentine's day weekend. The short getaway is just what we need - a  family trip to enjoy bonding with baby, eat great food and relax by the sea. Just in case if you haven't been to Club Med, it stands for Club Méditerranée and it's a French company which runs self contained resort in various exotic destinations around the world. You pay a fixed price per person and enjoy unlimited meals and drinks at the club. There are also END_OF_DOCUMENT_TOKEN_TO_BE_REPLACED 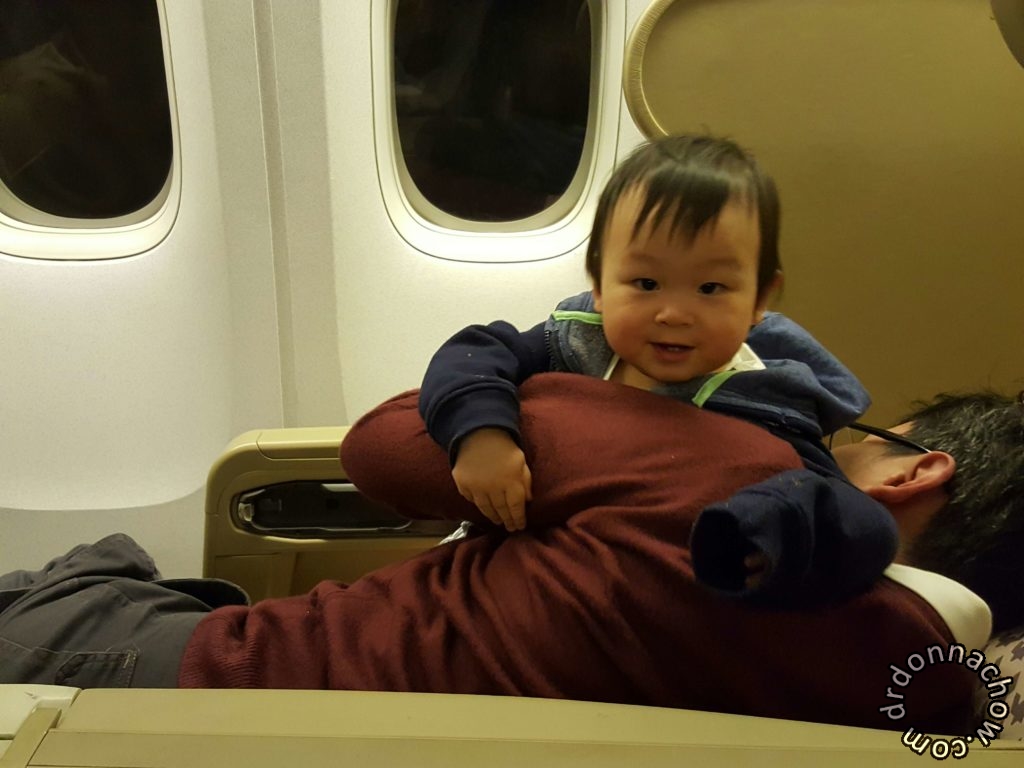 Perth is a very popular holiday destination for Singaporeans. We decided to bring baby to Perth for his first holiday by plane. His previous holiday was to Clubmed Bintan by sea and he loves it so much. Click to read the post here. Australia is an ideal destination for young families because it is easy to move around in rented cars and it is fairly near to Singapore; just a 5 hour plane ride away. Most tourist attractions closes at 4 pm or 4.30 pm; so that leaves you with more than half a day to chill and relax in the comfort of your apartment. Here is our short itinerary: Day 1 - END_OF_DOCUMENT_TOKEN_TO_BE_REPLACED

h J R
Dr Donna Chow @drdonnacyk At Tinkering Rejuran Post Covid Era today. Thank you for the lunch talk. One of the first for the past one year. @ Four Seasons Hotel Singapore https://t.co/zLRUsZHG4b