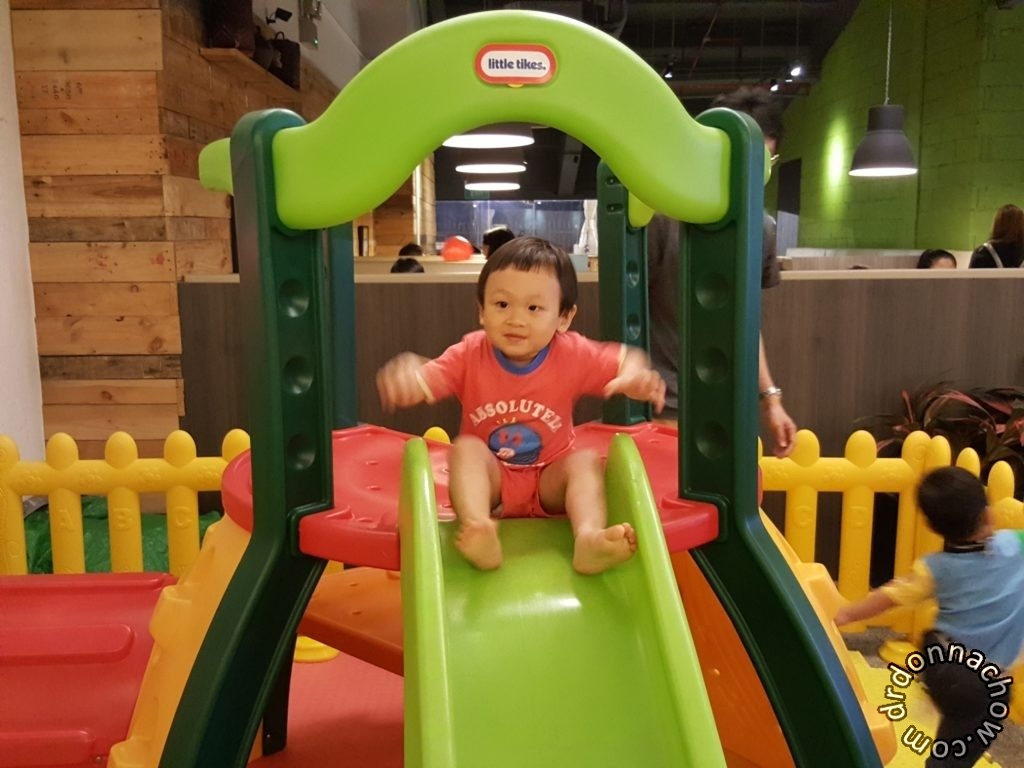 It has been a while since I last update an entry here. For the past 2 months, I have taken a short break from blogging and been trying to finish up work which I procrastinated for a while – that includes backing up photos and sorting out all the videos I have taken over the years. Since all the imaging is now in digital format – it becomes critical to sort and store them into sensible order on hard disks and computers. It becomes a painful task to delete off extra photos because they look so similar, and yet they are different in those very subtle ways.

At a playground, Gardens by the Bay

As I pore through the photos, I see the changes over the past two years. My little boy has now evolved into an active toddler, baby fat no more. His eyes would lit up at the sight of the playground and he would dash towards his kiddy rides and slides. He is the little naughty chief in his playgroup and sings and hums songs he has learnt from school. There is also a little girl in class whom he fancies a lot, and he often calls her the “pretty girl”. 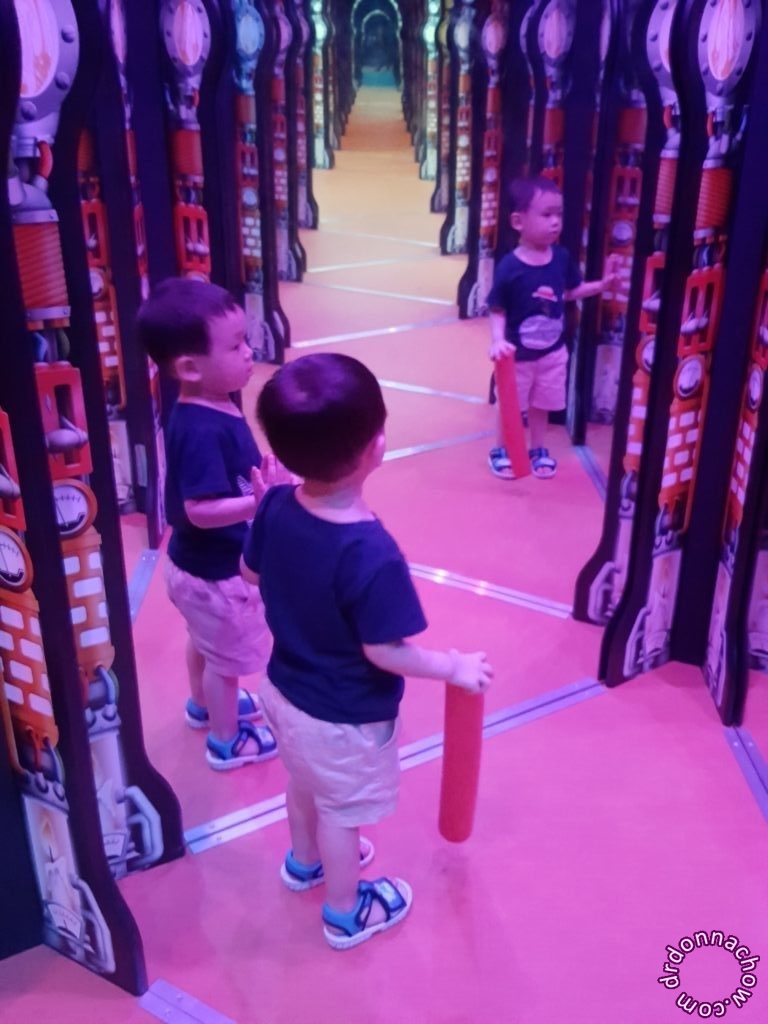 During weekends, we would bring him to explore new places, and he can be quite unmanageable at times. The Singapore Science Centre was packed with lots of action stuff for toddlers and children; and he would ran amok on his own. Daddy would be busy running after him, while I sat down to take a breather. Obviously, we are no match for his endless energy and stamina. 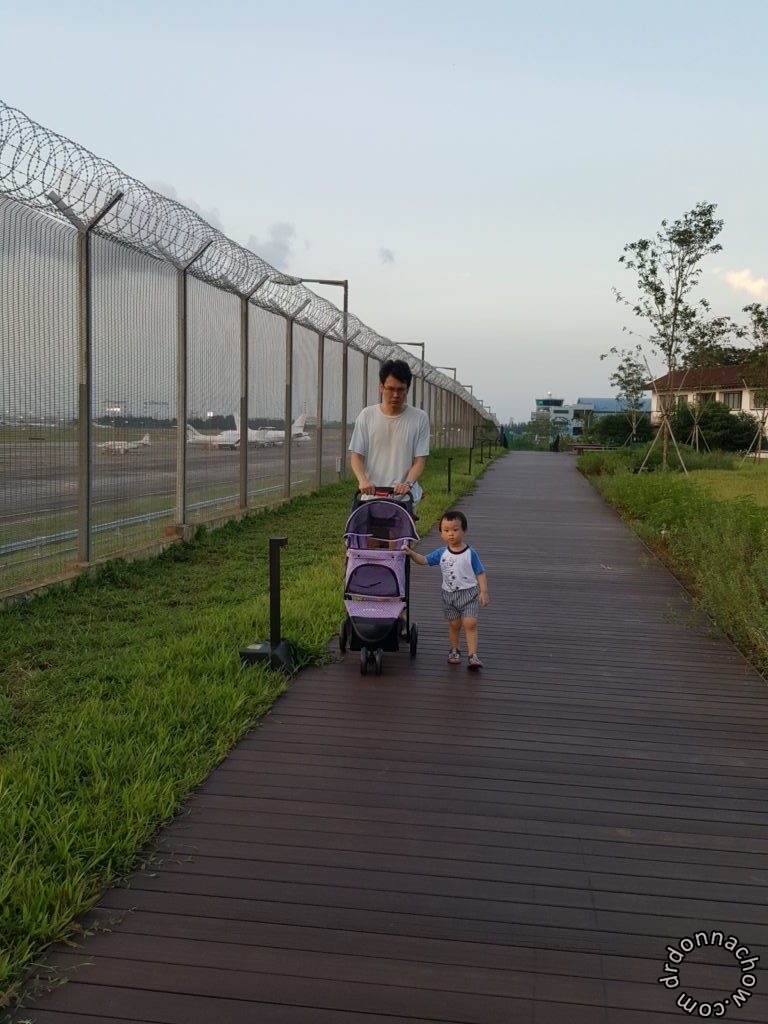 Pushing a dog trolley at Seletar, next to a view of the aeroplanes

Like many little boys, he loves the sight of aeroplanes, trains, cars and trucks. He would be content pushing a plastic toy truck for hours when there is no other toy nearby to entertain himself. And he jumps in glee when he sees an aeroplane or a helicopter in a distance – and would repeatedly say “aeroplane!” or “飞机!” in great delight. We made him learn Mandarin, after his school teacher feedbacks to us that he is responding more in English than in Mandarin. 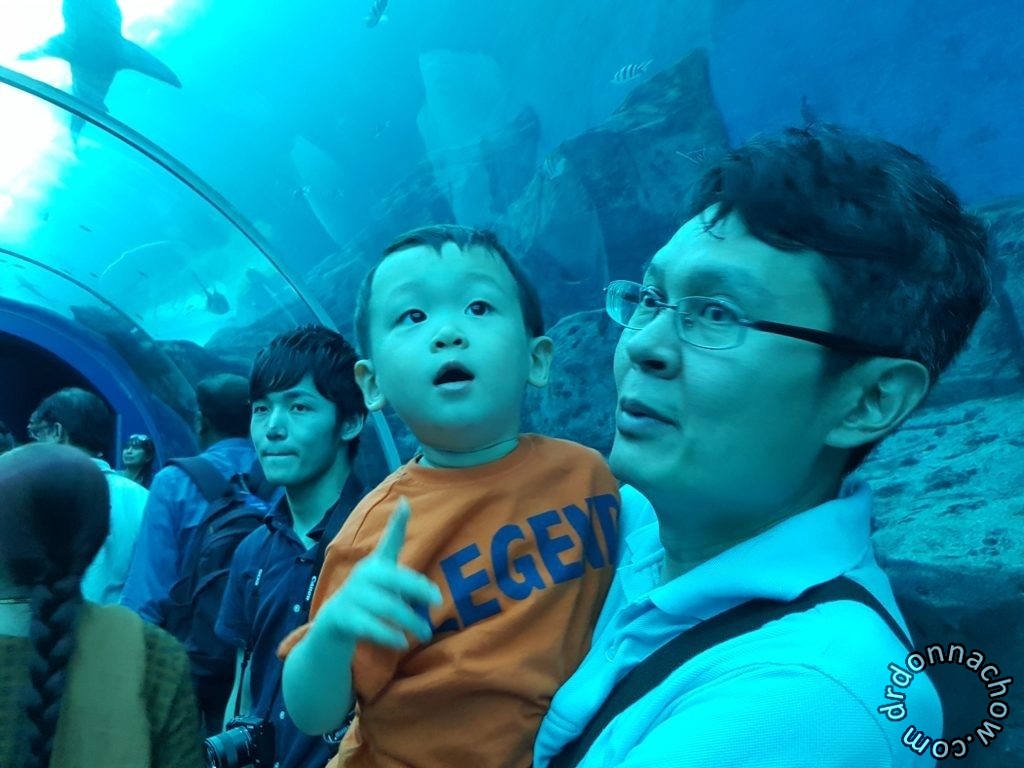 Our family outing includes trip to the SEA aquarium because the little boy is fascinated with fishes – big or small. He ducked away his hand cautiously when he was given an opportunity to touch a starfish. But the very next day, when he saw another one, he was quick to tell me that there was a starfish in my display cabinet. He has been a fast learner – his weekly shicida lessons probably helped him with his memory. 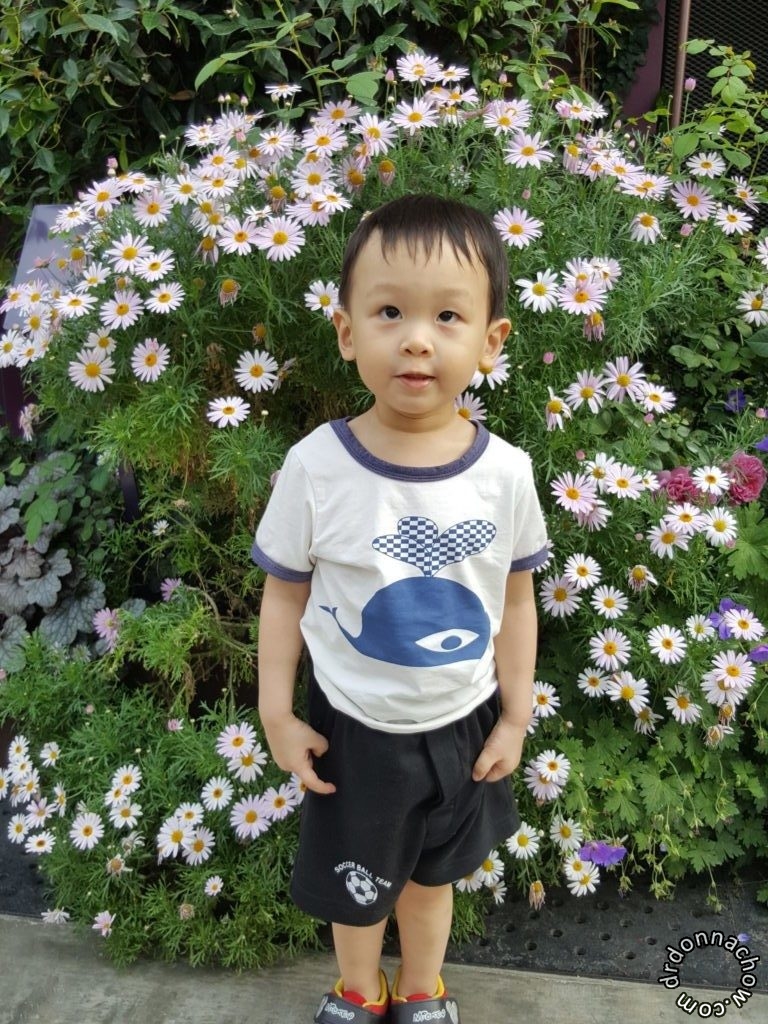 Keeping still for the camera at the Flower Dome, Gardens by the Bay

He is happy with whatever clothes his mummy or daddy puts on him. But recently he develops a preference for his bright red Mickey mouse shoes, so he makes a fuss when we put on his usual blue sandals instead of that one pair for him. Evil Daddy instructs me to hide this pair of shoes; because it is not supposed to be his daily wear. I reasoned with him maybe he finds his Mickey shoes more comfortable; and it indeed looked more cushiony than his sandals. 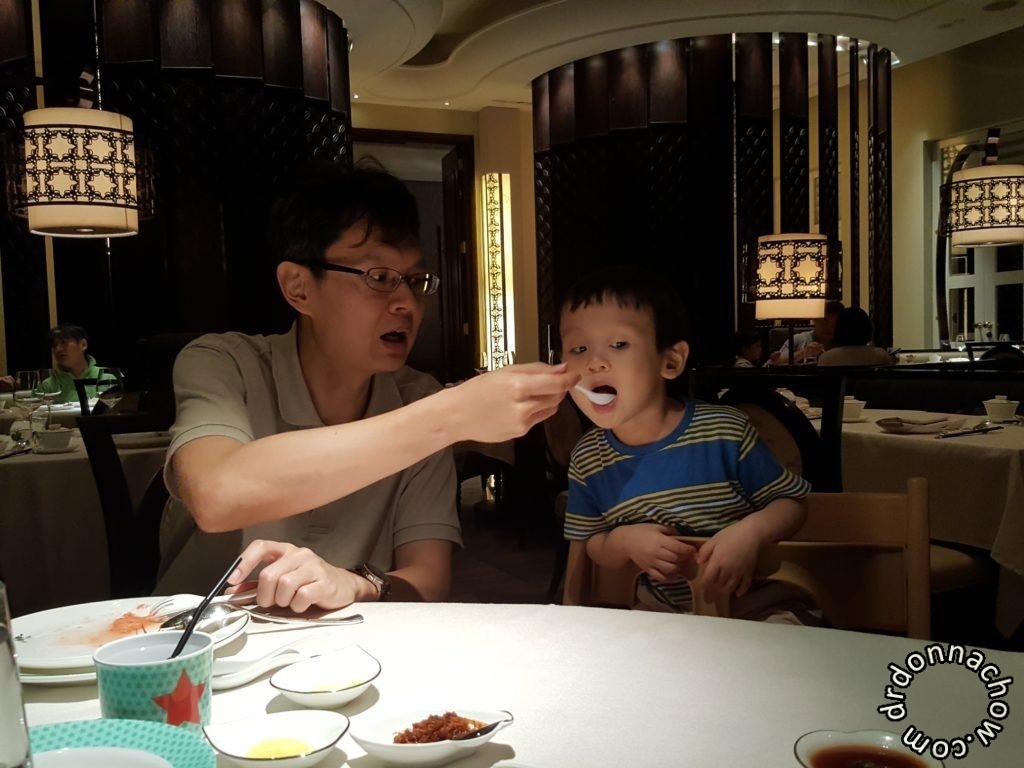 He is generally not a fussy eater and loves his fried rice. His favourite restaurant, like most kids, has got to be MacDonald’s – with his hamburger, french fries and ice cream sundae. He loves his Yakult and Ribena drinks and hungers for that occasional marshmallow treat. He eats all fruits, and loves his papaya and bananas. Recently, I have introduced him to eating lychees, which he took a liking to it immediately. He is a cheerful little boy.

But he is growing up all too fast.

Like most working parents, we often wonder if we have spent enough time watching him grow, or have we been busy with our work or checking our mobile devices that we have forgotten to savour every moment of his toddlerhood?

👉Have you tried Rejuran®? It's a skin rejuve

Arium Clinic would like to wish all the fathers ou

Arium Clinic would like to inform our patients tha